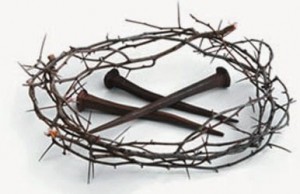 Then the chief priests and the elders of the people were gathered together in the court of the high priest, named Caiaphas; and they plotted together to seize Jesus by stealth and kill Him. But they were saying, “Not during the festival, otherwise a riot might occur among the people. Matthew 26:3-5

This was the beginning of the coordinated betrayal and murder of Jesus. Who was behind the murder of Jesus? Was it the Roman government; the Jewish leaders; Judas Iscariot; or Satan? Its a complicated answer because all of us had a hand in Jesus’ death. While it was carried out by misguided and even Satanically inspired people, Jesus’ death would ultimately benefit me. That’s why He went to it by His own volition. Have you ever wondered… how did we know about the plot led by Caiaphas? There were many Jewish leaders who were there that later became Christians.

What can I learn from the way Jesus faced betrayal? Is my allegiance to Him clear, compelling and able to endure suffering if needed?

Jesus, thank you for going all the way. I cannot imagine the loneliness and feelings of rejection You felt at this point. I know the Bible says ‘He came unto His own, and His own knew Him not’. How frustrating and agonizing it all must have been. Help me be graceful and grace-filled when I feel mistreated. I know that my sin was the reason You died on the cross. I am grateful for Your forgiveness. Let’s walk through this day together, with all that I say and do honoring You.