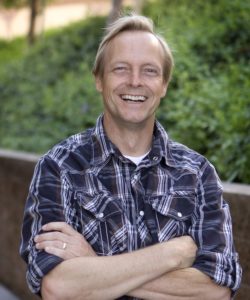 Doug Husen is a Pastor and Business Consultant running for Corona City Council, the city where he grew up and has raised his family. He promises to bring creative solutions, compassion, and character to his public service. He is an enthusiastic innovator who is excited about the opportunities to improve the quality of life for Corona residents.

He has traveled to several Central American countries- Mexico, Guatemala, Honduras, and Nicaragua and is conversant in Spanish. He has visited Taiwan and mainland China. He has toured various cities in Europe and recently returned from Israel.

Doug and his wife Maureen have been married for 31 years. They have raised four children (Kai, Eden, Keanu, and Kaenan) and are blessed to receive their daughter-in-law Kasey and one granddaughter, Kennedy.
Doug enjoys playing basketball, surfing and mentoring younger pastors and business leaders. He is the author of over 1,000 inspirational blog posts and the book- “How to Shop for a Church, and Find the One You Really Love!”

His Life Mission is “to help people take their next step of spiritual growth”. His Vocational Objective is “To work with a team of people committed to quality, excellence and customer service. To lead, encourage and inspire others with his unique skills, work ethic and personality. To build something of value that will endure over time!”

Ministry Experience
Currently, Doug Husen serves on staff at Crossroads Christian Church. He leads a worship service, activates older adults in the life of the church and oversees the quality of wedding ceremonies and memorial services. He brings his 38 years as a Christian and 20+ years as a pastor to this calling.

He is in his third year of law school, currently attending California Southern Law School in Riverside.

He was the visionary leader and Superintendent of Schools from 2012-2017, leading and serving over 900 students and 500+ families who are part of the Crossroads Christian Schools family. In those five years, Doug was tasked with leading the 100+ staff members in spiritual growth and unity, implementing financial management systems, improving academic rigor, initiating a 21st century collaborative environment within the High School, fundraising and launching a successful international student program.

Responding to an invitation to move to Sacramento area, Doug and his family joined long-time Corona friends to start brand new church in Folsom, California. The church grew to 400 members as he fulfilled his role as Associate Pastor of New Song Christian Church from 2001-2008,

Doug served under Australian pastor, Barry McMurtrie at Crossroads from 1996-2001 as Youth Pastor where he led volunteers and staff to create a cutting-edge youth ministry involving over 500 students.

During the years of 1992-1996 Doug was a Territory Sales Representative for Grainger, Riverside where he managed a territory and customer set for the pre-eminent distributor of maintenance and repair items to the commercial and industrial marketplace, learning distribution systems from a world-leader.

Doug enjoyed a ten year mini-career from 1983-1992 with IBM Corporation. He was a Systems Engineer and eventually a Marketing Specialist creating plans and programs to delivering administrative and academic solutions into the Educational marketplace including K-12 schools, Community Colleges, and Public and Private Universities in the Riverside and San Bernardino counties.

Education
Doug holds a Bachelor’s of Science degree from California Polytechnic University, Pomona from the Business Administration School, 1985.
He has completed Biblical and Ministry masters courses at Hope International University as well as Education Leadership masters courses.
He is currently starting his third year of Law School with California Southern Law School, where he will graduate with a Juris Doctorate in Law in June 2020. Doug has passed the California Baby Bar.