What’s So Exciting About Sunday Morning? 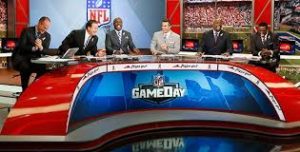 Hallelujah! Salvation and glory and power belong to our God; because His judgments are true and righteous; for He has judged the great harlot who was corrupting the earth with her immorality, and He has avenged the blood of His bond-servants on her.”
And a second time they said, “Hallelujah! Her smoke rises up forever and ever.”
And the twenty-four elders and the four living creatures fell down and worshiped God who sits on the throne saying, “Amen. Hallelujah!”
And a voice came from the throne, saying, “Give praise to our God, all you His bond-servants, you who fear Him, the small and the great.”
Then I heard something like the voice of a great multitude and like the sound of many waters and like the sound of mighty peals of thunder, saying,
“Hallelujah! For the Lord our God, the Almighty, reigns. Revelation 19:1-6

John sees the activity in heaven as the return of Jesus to earth is anticipated with shouts of Hallelujah. This scene may seem strange to some. What’s all the excitement? Well, if you’ve been a believer for some time and experienced wonderful moments together with other believers on a Sunday morning worship service… you know what I mean. There are moments when something said or something sung (or both) speaks of the truth of God, His character, His unique attributes and it just gives you a sense of ‘rightness’ and hope for tomorrow and that you are in His presence in some mystical way – as if in your parents arms when you were a child. There is safety and a carefree moment. That’s what’s so exciting about Sunday mornings! But sadly, there are those unfit for heaven. Not because they couldn’t reach out to Christ for forgiveness of their sins and be declared righteous… no not for that reason. Its because they know nothing of which I have written and much less about the person of our affection, Jesus Christ. Their prayer life is boring now and being in God’s presence would confuse them there. They have not prepared in the least to meet the One who loves them most. They are tragically strangers to each other.

How does my heart break for those who have not come to know Him? What am I doing to invite people into a relationship with the living God?

Lord Jesus, I say hallelujah (Praise the Lord)! You are coming again. Help me be a light and source of love that will make all I know ‘excited about Sunday morning’.