What if I am “Third String”? 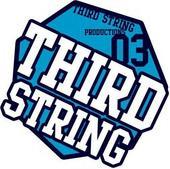 So they put forward two men, Joseph called Barsabbas (who was also called Justus), and Matthias. And they prayed and said, “You, Lord, who know the hearts of all men, show which one of these two You have chosen to occupy this ministry and apostleship from which Judas turned aside to go to his own place.” And they drew lots for them, and the lot fell to Matthias; and he was added to the eleven apostles.Acts 1:23-25

Whatever happened to Joseph and Matthias? These were the “second and third string” disciples. Now, Matthias got bumped up to be numbered with the twelve. My guess is that Peter was premature. The apostle Paul was more likely what God had in mind all along to fill Judas’ place. Some say Matthias preached the gospel in Ethiopia and eventually died up in modern day Russia (Georgia). Who really knows. The history of Joseph the Just is more obscure. But it really doesn’t matter that we know. God does!

Sometimes I get caught up in thinking about my role in God’s kingdom in terms of position or title or what order I was picked on the team. None of this is as important as simply staying connected in a very personal way with the Lord Jesus. That way, when He calls my number, I am ready and willing to serve.

God, I think you may have many surprises for us in heaven. You will show us what it means “many who are first will be last, and last will be first”. I don’t mind being third string, as long as I am on Your team! Let’s do some great and wonderful things today together.