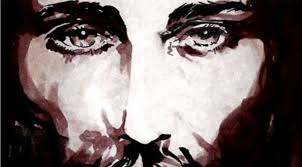 But He said, “Truly I say to you, no prophet is welcome in his hometown. But I say to you in truth, there were many widows in Israel in the days of Elijah, when the sky was shut up for three years and six months, when a severe famine came over all the land; and yet Elijah was sent to none of them, but only to Zarephath, in the land of Sidon, to a woman who was a widow.  And there were many with leprosy in Israel in the time of Elisha the prophet; and none of them was cleansed, but only Naaman the Syrian.”  And all the people in the synagogue were filled with rage as they heard these things; and they got up and drove Him out of the city, and brought Him to the crest of the hill on which their city had been built, so that they could throw Him down from the cliff. But He passed through their midst and went on His way. Luke 4:24-30 NASB

People think they know you because they once knew you. But we all change and grow over time. We should afford one another the grace to grow and celebrate the new skills, character, and passions people exhibit without wondering “Isn’t this Joseph and Mary’s son?” When we do, we will be blessed by what God brings through others and their gifts.

Jesus did few miracles in his hometown of Nazareth. He chose the Synagogue as his ‘revelation’ moment by reading a text given him written by Isaiah about the coming Messiah. At first, everyone seemed ok. Then, Jesus (knowing all men’s hearts) chastised them for unbelief. They didn’t take kindly to His rebuke and sought to kill him. Their true nature was revealed. Prophets are often unwelcome in their hometown.

How do I see people as they grow? Do I celebrate who they are becoming or try to hold them to their past?

God, as this day begins- I want to say Thank You for Your goodness and love, provision and protection. As we gather for a day of thanksgiving may we remember how wonderful of a Savior we have in Jesus. And may we see each other as complete in Christ and celebrate the new man You are making us all into.