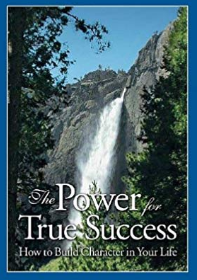 Now Joseph had been taken down to Egypt; and Potiphar, an Egyptian officer of Pharaoh, the captain of the bodyguard, bought him from the Ishmaelites, who had taken him down there.
The Lord was with Joseph, so he became a successful man. Genesis 39:1-2

Joseph was sold into slavery, yet he was a success. How is that even possible? He went from being the favored child in his father’s house, to an unknown slave in a foreign land. He was successful because he was becoming the person God wanted him to be… a leader with Christlike character qualities. After all, true success is to become like Jesus in word, thought and deed. Joseph was well on his way.

How about me? How do I measure success? Are worldly standards more important than godly ones?

Lord, as this day begins I pray that love, above all, would characterize my life. I want to be truly successful, even in spite of worldly success. I am grateful that often you add many blessings to life beyond what is seen.

Want to understand more? Buy this book for yourself, children and grandchildren https://www.amazon.com/dp/0916888193