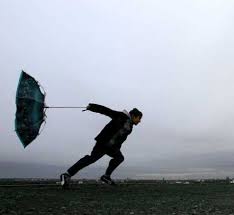 Saul was in hearty agreement with putting him to death.
And on that day a great persecution began against the church in Jerusalem, and they were all scattered throughout the regions of Judea and Samaria, except the apostles. Some devout men buried Stephen, and made loud lamentation over him.
But Saul began ravaging the church, entering house after house, and dragging off men and women, he would put them in prison. Acts 8:1-3

In my opinion, when it comes to following God and discovering a personal faith and relationship based on the saving work of Jesus…
It doesn’t matter so much how you started, but rather where you are going and how you will finish! Following the death and murder of Stephen, a widespread persecution began that was so intense it drove people away from Jerusalem in fear for their lives and livelihood. This would be a pattern in history that continues tragically today. Interestingly to note is that one present at the martyrdom of Stephen became a major leader of the persecution- his name, Saul. He started with zeal and great education, but found himself diametrically opposed to God. Oh, but God would have His way and Saul would become the Apostle Paul, a faithful servant and champion for Christ and lover of His followers.

How about me? Is there anything about the way I started that is preventing me from becoming who God wants me to be? Who do I know that is opposed to God at the moment, but could make an outstanding finish of this life following Him?

God, as this day begins… thank you for filling my wife with joy and using her words to build others up in their faith in Nairobi, Kenya. Give her good rest tonight, whisper well done good and faithful servant. Do miracles in our school ministry today in the hearts of generous sacrificial parents. Protect us from the enemy of the Kingdom of God and from making poor decisions. Give us the wisdom from above. And move the hearts of those opposed to Your heart and service.