There Is An Enemy Of My Soul 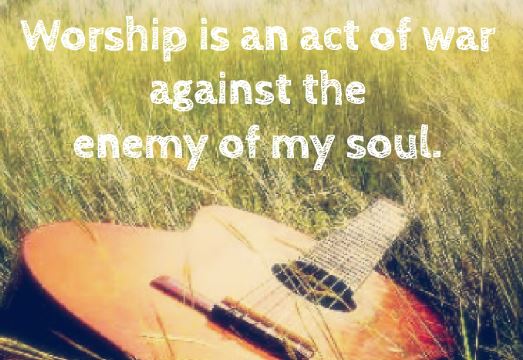 And when the dragon saw that he was thrown down to the earth, he persecuted the woman who gave birth to the male child.  But the two wings of the great eagle were given to the woman, so that she could fly into the wilderness to her place, where she was nourished for a time and times and half a time, from the presence of the serpent.  And the serpent poured water like a river out of his mouth after the woman, so that he might cause her to be swept away with the flood. But the earth helped the woman, and the earth opened its mouth and drank up the river which the dragon poured out of his mouth.  So the dragon was enraged with the woman, and went off to make war with the rest of her children, who keep the commandments of God and hold to the testimony of Jesus. Revelation 12:13-17

There is an enemy of my soul. The sooner I realize that, the better I will understand the world in which I live. I don’t have to be paranoid or claim there is a demon under every rock. Just aware, that as much as God loves me, there is something else happening too.

In the Bible this cosmic entity (and enemy of my soul) is called by a few names: the Accuser of the brethren, Father of lies, Lucifer, the Devil, Satan and the Dragon. He hates God and hates what God loves- chief among the objects of hate are the descendants of Judah (Israel), “Jews”. And in John’s vision, we see the last days attention of this Dragon focused on what is likely, national Israel and Jewish people in the world. When thwarted from hurting them, the Dragon turns to her ‘offspring’- Christianity and Christians. God never promises to protect us from death. He does prepare us to endure it under persecution. One powerful tool in our arsenal is worship.

How savvy am I about world events? How aware am I that there are forces that would like to steal, kill or destroy my life?

God, as this day begins- I am reminded that I have YOU. Even though there is an enemy, I have the Spirit of God in my, the wisdom from Your Word, and the blood of Christ which cleanses me. May I walk in humble obedience and unusual confidence as I serve You and experience Your protection to the degree You desire. I will worship You and You alone, today. May I earn a good testimony for Your name’s sake in this life.