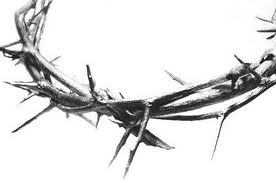 They dressed Him up in purple, and after twisting a crown of thorns, they put it on Him; and they began to acclaim Him, “Hail, King of the Jews!” They kept beating His head with a reed, and spitting on Him, and kneeling and bowing before Him. After they had mocked Him, they took the purple robe off Him and put His own garments on Him. And they *led Him out to crucify Him. Mark 14:17-20

The mocking and torture of Jesus has affected me differently over my life. How backward it was to treat with contempt the holy, loving, wonderful Son of the Living God.

In these days, I am emotionally moved nearly to tears when I think about how terribly wrong it was to make fun of the Son of God. While part of me wants to be angry, I am mostly saddened by those who choose away from Him.

God, in this season leading up to Resurrection Sunday, may I be moved more than ever before with passion for the One whom died for me.