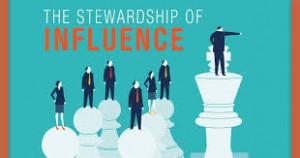 Now when day came, the chief magistrates sent their policemen, saying, “Release those men.”
And the jailer reported these words to Paul, saying, “The chief magistrates have sent to release you. Therefore come out now and go in peace.”
But, Paul said to them, “They have beaten us in public without trial, men who are Romans, and have thrown us into prison; and now are they sending us away secretly?
No indeed! But let them come themselves and bring us out.”
The policemen reported these words to the chief magistrates. They were afraid when they heard that they were Romans, and they came and appealed to them, and when they had brought them out, they kept begging them to leave the city.
They went out of the prison and entered the house of Lydia, and when they saw the brethren, they encouraged them and departed. Acts 16:35-40

Paul used his Roman citizenship to his advantage in Philippi. He didn’t let them off the hook after they mistreated him unlawfully. We enjoy some wonderful privileges as citizens of the United States. One of those is our freedom of speech. This has gone underutilized in recent times as political correctness has won the day. Perhaps its time that Christians speak out for godliness, righteousness, common sense and truth in the marketplace and public square. I would venture that our influence is the most underutilized asset we have. Its high time we start using for God’s glory and the salvation of mankind. I love how Huldrych Zwingli leveraged his influence from both the pulpit and the city council and saw revival in Zurich, Switzerland.

What influence has God afforded me? How am I stewarding it?

Lord Jesus, as this Sunday begins, I pray that You will fill Your churches today with people worshiping and seeking You. Please bless the Christ-centered, Bible teaching churches today in Corona. May Your name be lifted up in this city as the Word is proclaimed and songs are sung about You, to You and for You.