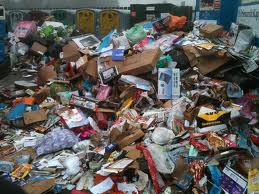 But one thing I do: Forgetting what is behind and straining toward what is ahead, I press on toward the goal to win the prize for which God has called me heavenward in Christ Jesus. Philippians 3:13-14

When I worked at IBM in the corporate world, I used to tell people “be careful about climbing the corporate ladder, only to find its leaning on the wrong building.” The apostle Paul had built his earlier life around Jewish law and his zeal for God was in ignorance. He later discovered that by comparison, knowing Christ in a personal way, made everything before seem like rubbish or garbage.

How about me, do I share the same values as Paul did later in his life after meeting Christ in a personal way? Yes, I do.

God, this is salvation, to know You and Jesus Christ whom You sent into the world.