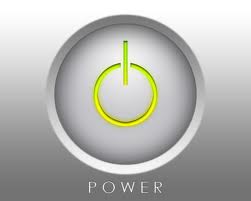 But Saul, who was also known as Paul, filled with the Holy Spirit, fixed his gaze on him, and said, “You who are full of all deceit and fraud, you son of the devil, you enemy of all righteousness, will you not cease to make crooked the straight ways of the Lord? Now, behold, the hand of the Lord is upon you, and you will be blind and not see the sun for a time.” And immediately a mist and a darkness fell upon him, and he went about seeking those who would lead him by the hand. Then the proconsul believed when he saw what had happened, being amazed at the teaching of the Lord. Acts 13:9-11

Paul confronted Elymas who was in opposition to the gospel and those on the missionary trip. As a result, many believed and later God would use that encounter to give Paul credibility with Sergius Paulus, a man of power and authority. God often accompanies the preaching of the word with power to confirm the testimony of believers.

When I share and teach and preach, is there power? Yes, I have seen God confirm His Word, and as a result people believe in Jesus and the gospel.

God, as I move through this day, I expect that You will confirm Your word in power. May this be a glorious day for Your name’s sake.