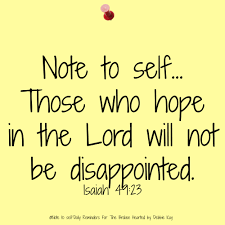 What shall we say then? That Gentiles, who did not pursue righteousness, attained righteousness, even the righteousness which is by faith; but Israel, pursuing a law of righteousness, did not arrive at that law.
Why? Because they did not pursue it by faith, but as though it were by works. They stumbled over the stumbling stone, just as it is written,
“Behold, I lay in Zion a stone of stumbling and a rock of offense, and he who believes in Him will not be disappointed.” Romans 9:30-33

God’s plan of salvation is that we would follow be justified by faith, not works (keeping of the law). Its always been that way. That’s why Abraham is the example or father of faith. His example far preceded Moses and the giving of the law. The result it the inclusion of all nations (Gentiles) into God’s plan. Jesus becomes the ultimate decision point for us. He is the stumbling stone for Jews, because either they rely upon their heritage and their ability to keep the holy law of God or they let go of that failed attempt and rely upon the substitutionary life, death, and resurrection of Jesus. Anyone who comes to Him, will not be disappointed. I know that I am not.

What prevents those I know from fully committing their lives to Jesus and trusting in Him?

God, give me insight to minister and lead people to Jesus. I know that when they fully give their lives to Him, they really start living with eternal purpose and joy at the depth of their soul. As You are drawing men and women, use me as an instrument of Your grace.