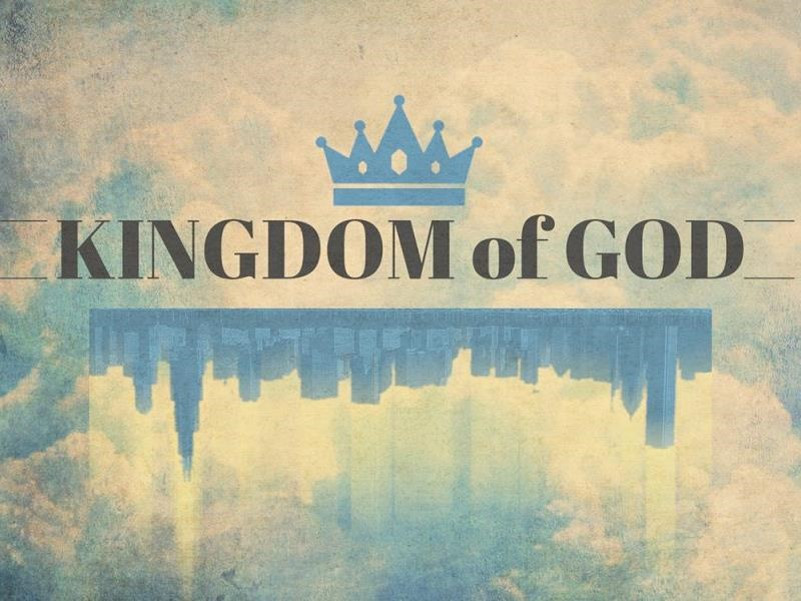 Sometimes asking the right question makes all the difference. The religious leaders wanted to know “when” the kingdom of God was coming. What they really needed to ask is “what”, “where” and “who” the kingdom of God is? Their preconceived notion was that God would send a conquering Messiah to defeat Rome and re-establish national Israel to a dominant place politically. All the while the kingdom of God was standing within reach of their very hands. The kingdom of God is first about Him (God, Jesus) and it exists wherever He is king. He is king in heaven, king in our hearts, and one day will be king of the earth. As to when the full culmination of that will occur, Jesus said it will come as a surprising lightning strike that is largely unexpected, but will be apparent to all! Meanwhile, His kingdom continues to come as you and I, and others, put our faith and trust in Him and live according to His will, His Word, and His ways. I think that’s why Jesus model prayer includes “Thy will be done, on earth as it is in heaven”. Let’s keep praying and living that way, so when He does return, we will be prepared and waiting.

Now He was questioned by the Pharisees as to when the kingdom of God was coming, and He answered them and said, “The kingdom of God is not coming with signs that can be observed; nor will they say, ‘Look, here it is!’ or, ‘There it is!’ For behold, the kingdom of God is in your midst.” And He said to the disciples, “The days will come when you will long to see one of the days of the Son of Man, and you will not see it.  And they will say to you, ‘Look there,’ or, ‘Look here!’ Do not leave, and do not run after them.  For just like the lightning, when it flashes out of one part of the sky, shines to the other part of the sky, so will the Son of Man be in His day. Luke 17:20-24 NASB

When did I receive the kingdom of God? How can I fulfill the prayer of Jesus- ‘thy kingdom come, on earth’ today?

God, as this day begins- I am grateful for being included in your kingdom. I was transferred from a kingdom of darkness of my own making, into Your glorious kingdom where by faith I live. I anticipate the return of the King (Jesus) one day to the earth. I long for it. Meanwhile, I am occupying the enemy territory flying the flag of heaven for any who would rally to it!