In Chains For Christ 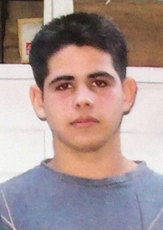 Now about that time Herod the king laid hands on some who belonged to the church in order to mistreat them. And he had James the brother of John put to death with a sword. When he saw that it pleased the Jews, he proceeded to arrest Peter also. Acts 12:1-3

Herod the king had Peter arrested. His motivation was personal and political. God supernaturally rescued Peter with the assistance of an angel. It was miraculous. While it was happening, Peter thought is was a dream, only to find himself delivered safely to the very people who were fervently praying for his release. There are many Christians in prison right now in places hostile to the gospel for personal, political and religious reasons. Oh how we should continue to pray for their release and safety. One way for me to stay emotionally connected and concerned for these brothers in the faith is to read from Voices of the Martyr’s magazine online www.persecution.com By the way, Herod received a pretty terrible end to his life. He got what he deserved.

Do I believe God still does miracles? Who can I pray for today?

Lord today I want to pray for Gabriel Leyva in a Cuban prison. It appears he is there because of his father’s faithfulness in planting churches and sharing the gospel. Please help him, encourage him, and prepare a way for his miraculous release. Amen.

Footnote: Gabriel Leyva, 19, was serving his mandatory military service when he
was accused of forming a cartel against the Cuban government.
Accused of writing a song against the government, he is now being
held in a military prison with little recourse. He was arrested with only
four months in his military service to complete. When Gabriel’s father,
a pastor, went to the prison to visit him, the guards refused to let them
speak to one another. “We know this is a form of persecution from the
government, to hurt this young man because he is the son of a pastor,”
a VOM contact said. The Leyva family is integral to a new church plant
that VOM sources say is a “powerful blessing” in the community.