If I Perish, I Perish 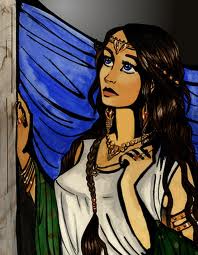 Then Esther told them to reply to Mordecai, “Go, assemble all the Jews who are found in Susa, and fast for me; do not eat or drink for three days, night or day. I and my maidens also will fast in the same way. And thus I will go in to the king, which is not according to the law; and if I perish, I perish.” So Mordecai went away and did just as Esther had commanded him. Esther 4:15-17

A plot to exterminate the Jews in the kingdom of Ahasuerus had been put in place by evil Haman. Mordecai reminds Esther that God has placed her in the position of queen within the kingdom to thwart such a plot. His words are remembered today “who knows if you (Esther) have come to the kingdom for such a time as this”. This was her defining moment of courage. And she rises to it with the cry ‘If I perish, I perish’.

Will I rise to the occasion when my defining moment comes? Do I have a sense that God has placed me where I am for His eternal purposes?

God, I do have a sense of being where You want me. I must confess, I am overwhelmed and inadequate for the task. But, I trust in You. I humble myself and that which is too big for me, into Your hands. Move within me. Free me from fear. And if I perish, I perish.