Foolishness in the Wondrously Marvelous 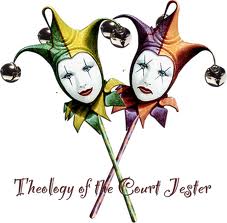 For the message of the cross is foolishness to those who are perishing, but to us who are being saved it is the power of God. For it is written: “I will destroy the wisdom of the wise; the intelligence of the intelligent I will frustrate. 1 Corinthians 1:18-19

I am amazed at the arrogance and ignorance portrayed as wisdom in our world today. I listened to two people with PhD’s in psychology and sociology spout off the most ridiculous ideas about marriage and drug use. I told my son, if that’s what it means to have a PhD., I pray I never earn one. Jesus, His message, His life, the cross, and the implication of it all seem to people like this “foolishness”. But, to us it is the very source of God’s power in our lives. God knew this would be the case.

The apostle Paul paraphrased Isaiah 29:14 “Therefore behold, I will once again deal marvelously with this people, wondrously marvelous; And the wisdom of their wise men will perish, And the discernment of their discerning men will be concealed.” He indicated that God has not called all the “sharpest tools in the shed” people to follow Him, but He has called everyone, even the lowly, seemingly unimportant, non-influential, folk to know Him, follow Him, and make the greatest difference in the world.

I am one of those people. I am from Norco High, (a town that couldn’t even have its own name). Norco is North + Corona = Norco. While I have always had a sense of destiny about my life and the feeling that I will make an eternal difference, I did not have the advantage or privilege of wealth, popularity or position. Yet, in God’s kingdom and economy, I can’t imagine having a greater role than I do.

Lord, this is all wondrously marvelous. Its a joy to be part of Your kingdom. I would rather be a jester in Your court, than a king in the world. I pray today You will powerfully move in my life and create situations where I can reach out love others in Your name.