Its The Fear Of Man, That Will Kill You 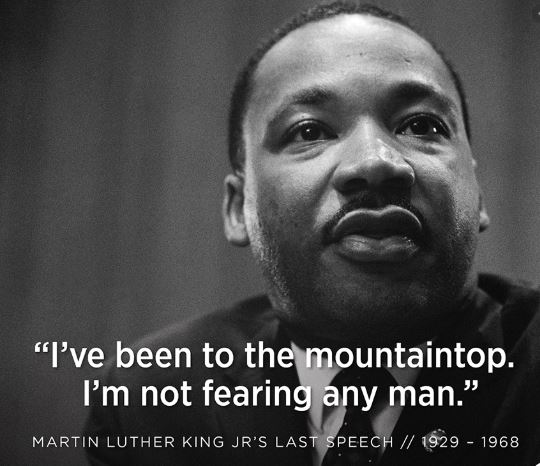 When the Lamb broke the fifth seal, I saw underneath the altar the souls of those who had been slain because of the word of God, and because of the testimony which they had maintained; and they cried out with a loud voice, saying, “How long, O Lord, holy and true, will You refrain from judging and avenging our blood on those who dwell on the earth?” And there was given to each of them a white robe; and they were told that they should rest for a little while longer, until the number of their fellow servants and their brethren who were to be killed even as they had been, would be completed also. Revelation 6:9-11 NASB

I have wondered if it came down to it, would I be willing to die for my faith in Jesus Christ. I resolved that question in the affirmative many years ago, and as a result, its helped me live out my faith. When you fear man, you may not be able to truly follow God and His call on your life. I believe its the fear of man that kills many dreams!

Jesus said in Matthew 10:28 “Do not fear those who kill the body but are unable to kill the soul; but rather fear Him who is able to destroy both soul and body in hell.” Throughout the last 2,000 years Christians have suffered persecution in various parts of the world. Its still happening today. In John’s grand vision, he sees them represented as souls beneath an altar. Their lives stand as a forever tribute to complete dedication to our Lord. The only question left to resolve is how long until God recompenses the earth for the mistreatment of these precious people? Its worth noting that there are still some of us who will suffer in order to complete the throng of worthy souls. Have you resolved the question?

Am I clear on my Christian convictions? Is there any reason I would renounce my faith? Am I following God’s path for my life?

God, as this day begins- this is a sobering reminder that the world (at least, my part of it) will indeed turn upon Christians and find a convenient reason to persecute them. Help us be ready to respond with grace and to lay down our lives for the sake of the Word of God and the testimony of Jesus.