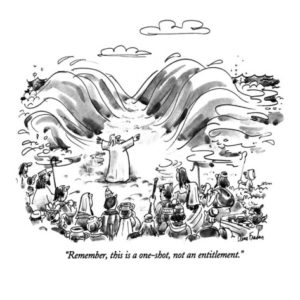 Slaves, in reverent fear of God submit yourselves to your masters, not only to those who are good and considerate, but also to those who are harsh. For it is commendable if someone bears up under the pain of unjust suffering because they are conscious of God. But how is it to your credit if you receive a beating for doing wrong and endure it? But if you suffer for doing good and you endure it, this is commendable before God. To this you were called, because Christ suffered for you, leaving you an example, that you should follow in his steps. James 2:18-21

There is a lot of talk about ‘my rights’ in our world today. Likewise, I meet many people who express a sort of entitlement to things they have or want. Nobody seems to value what comes from suffering. The idea of accepting a ‘station’ in life is a foreign concept. Interestingly, I would say that overall happiness and joy are on a decline. Fascinating! The Bible says its to our credit to suffer undeservedly. Something deeper is discovered of Christ in the process. We are actually called to such an attitude and experience. Is anyone praying for that today?

I confess that I think and pray about what I “deserve” far too much. I am not one who welcomes suffering when it comes.

God, I want to be commended before You. It pains me to say that I have suffered very little in this life. For that I praise You. But, I know I am incomplete. I want to know Jesus more than I do. If that means suffering in on my horizon, I will do my best to endure it without complaint.