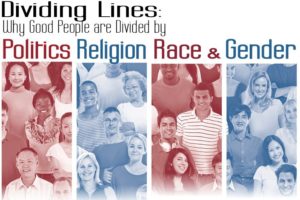 And I said, Lord, they themselves understand that in one synagogue after another I used to imprison and beat those who believed in You. And when the blood of Your witness Stephen was being shed, I also was standing by approving, and watching out for the coats of those who were slaying him. And He said to me, Go! For I will send you far away to the Gentiles.
They listened to him up to this statement, and then they raised their voices and said, Away with such a fellow from the earth, for he should not be allowed to live! And as they were crying out and throwing off their cloaks and tossing dust into the air. Acts 22:19-22

I love being part of a church with a wide variety of people or different ages and from places all over the world.
The Jews in Jerusalem were willing to listen to the apostle Paul, until he indicated that God was drawing Gentiles into the kingdom of God. Racial and historical animosity runs deep in most places in the world. And while the early church was comprised of Jews, Greeks, and Gentiles alike, not all were willing to accept what God was doing. It was a dividing line. Today, in the 21st century church, racial and ethnic separation continues to a significant degree. There are some historical reasons. But, how nice it is, when a local church is comprised of people from many places, backgrounds, and represents the racial diversity within the community and thus exemplifies God’s open invitation to everyone… Jews and Gentiles alike.

God, has my heart moved to where Your’s is… regarding people who loved completely by You. Are there any boundaries in my mind or am I open to everyone coming into the kingdom God?

Lord Jesus, thank you for including me in Your kingdom. May I be an ambassador to all without reservation. I praise you for our home church, Crosssroads! May we continue to exemplify Your heart in all things. I pray we can bridge any dividing lines!