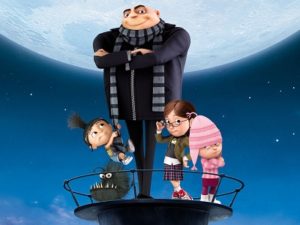 Now Saul, still breathing threats and murder against the disciples of the Lord, went to the high priest, and asked for letters from him to the synagogues at Damascus, so that if he found any belonging to the Way, both men and women, he might bring them bound to Jerusalem…
And immediately there fell from his eyes something like scales, and he regained his sight, and he got up and was baptized; and he took food and was strengthened. Acts 1-2,18-19

What a turnaround?! Paul intended to lead a major persecution in the northern area of Damascus. At great personal expense he sought permission and power to go so far as to even attack the women who were following this new “Way” of teachings by Jesus. Is there anything more despicable than to harm women over their belief in Christ? In Paul’s zeal, he missed what God was actually doing, which was redeeming mankind through His own Son’s sacrificial life, death and resurrection. But, God in His gracious love, would blind Paul, heal Paul, and set him in the right direction. Paul would be changed from despicable to disciple!

Is there any area of my life where I need to learn as a disciple what God is doing?

God, I don’t want to find myself going the wrong way, fighting against what You are doing. Help me seek You and Your ways in all situations. Thank you for not forsaking me, but graciously taking me in as a disciple. As this day begins, with celebration ahead. I pray You are recognized in the midst of all of it. I hope Kaenan feels a great sense of accomplishment and satisfaction as he graduates. Thank you for that boy!

Reflection upon Jonathan Edwards resolution #68. Resolved, to confess frankly to myself all that which I find in myself, either infirmity or sin; and, if it be what concerns religion, also to confess the whole case to God, and implore needed help. July 23 and August 10, 1723.