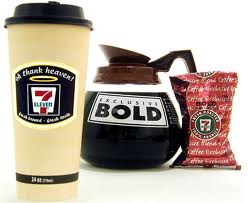 If we are on trial today for a benefit done to a sick man, as to how this man has been made well, let it be known to all of you and to all the people of Israel, that by the name of Jesus Christ the Nazarene, whom you crucified, whom God raised from the dead—by this name this man stands here before you in good health. He is the stone which was rejected by you, the builders, but which became the chief corner stone. And there is salvation in no one else; for there is no other name under heaven that has been given among men by which we must be saved. Acts 4:9-12

Peter was bold! He stood before the very people who arrested, tried, and crucified Jesus and called them on the carpet! I think the religious leaders were stunned by both the miracle that occurred and that Jesus followers were doing just that… following Him in word an action.

How about me? Would people who are opposed to Jesus be stunned because of my devotion? Would those leaning His way be amazed because of the miracles happening in His name? Oh I hope so. Because I am convinced as Peter was that there really is no hope other than in Him.

Lord Jesus, today I will encounter both kinds of people. Would your work Your mighty power in me. I will be bold and proclaim the salvation that is found only in You. What a day today is going to be.