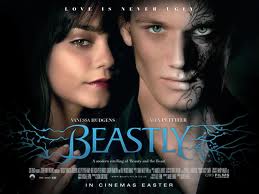 The second beast was given power to give breath to the image of the first beast, so that the image could speak and cause all who refused to worship the image to be killed. It also forced all people, great and small, rich and poor, free and slave, to receive a mark on their right hands or on their foreheads, so that they could not buy or sell unless they had the mark, which is the name of the beast or the number of its name. Revelation 13:15-17

When the beast arise from the sea and earth, they are a part of the false trinity aligned with Satan. The first beast from the sea sustains a mortal wound that is healed. He is heralded by the second beast and ultimately has his image worshiped. Those who refuse are to be killed. Of course all of this is to show the stark contrast of those who would follow man and his ways opposed to God and His. Even the number that people take to show their allegiance to the beast is a blasphemy. Its the very number that represents humanity – 666. Six being the number the denotes ‘incomplete’, ‘falling short’, ‘sin’. Man is 6, 6, 6,… incomplete in every way, physically, mentally and spiritually. But many will refuse to turn to God, even punishing those who have.

Have I realized that apart from God, what I can do, think, and value is incomplete and sinful? While some thoughts and actions may not be inherently evil, if they are apart from the God who made me, they are at the core, self-glorifying and always falling short of God’s best intention.

God, this is why I need you to pervade my thoughts, motivate my actions and inhabit my worship! Today is going to be awesome. I love Saturdays. And today I take the rest of the family out to spend time with my dad. I hope we are an encouragement to he and Judy. Bless us. Bless them. Let my dad know that he is loved, especially on his birthday.