And They All Died, Except For Enoch 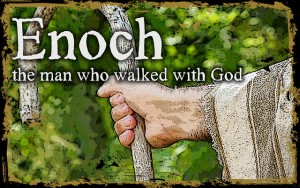 In my reading today in Genesis 5, I realize something profound, they all died, except Enoch. Sin entered the world, paradise was lost, man was driven from the garden and tree of life, and death entered into the world. The first man, Adam, died. And so did Seth, Enosh, Kenan, Mahalalel, Jared, Methuselah, and Lamech. And unless God ‘took him’, so would Enoch. Death is the result of sin and one that we all will face. Praise God that Jesus overcame sin and death and we have the assured hope of life after death. Enoch is a preview in history that God will not let death be the end.

How do I feel when I think about the reality of death? Am I living this life in preparation of the next?

Dear God, You give life and breath and You allow death. I am so glad that You have an answer to death… life in Christ Jesus and the hope of heaven. May I live today as one who has resolved the problem of death, knowing I will rise from the dead to be evermore in Your presence?! Guide and direct my actions today, in Jesus name.