A Christian Case For Book Burning 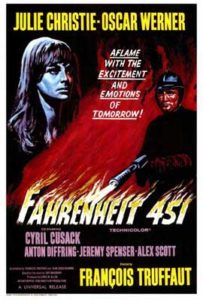 This became known to all, both Jews and Greeks, who lived in Ephesus; and fear fell upon them all and the name of the Lord Jesus was being magnified. Many also of those who had believed kept coming, confessing and disclosing their practices. And many of those who practiced magic brought their books together and began burning them in the sight of everyone; and they counted up the price of them and found it fifty thousand pieces of silver. So the word of the Lord was growing mightily and prevailing. Acts 19:17-20

When I came to Christ and decided to follow Jesus and His teachings, I was willing to get rid of the things that were contrary. Some of the music I listened to and enjoyed contained pretty bad messages. For instance, the Blue Oyster Cult song ‘Don’t Fear the Reaper’… says ‘Twenty thousand men and women every day, we can be like they are, come on baby, don’t fear the reaper’. Seems innocuous enough, until I realized that is the statistic of teens who attempt suicide. Now, I didn’t burn my bad books and music, I usually sold it. But, I can certainly understand that those who live in darkness, come to the light and want nothing to do with the past. In this sense, no matter what perceived worldly value (fifty thousand pieces of silver), it is right to burn it and leave it behind. Of course, this is a personal matter of conscience and not something to impose on others.

Is there any darkness remaining in my life? What attitudes does God want to burn away, so that purity remains?

God, what a great reminder that in You is the Light of Life. Reveal any holdovers from the old life and let’s burn them together, so that all that remains is You shining in me and through me.