Who Is Worthy To Open The Book? 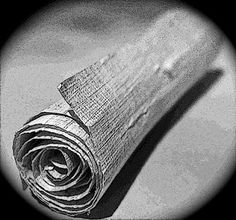 Then I began to weep greatly because no one was found worthy to open the book or to look into it; and one of the elders said to me, “Stop weeping; behold, the Lion that is from the tribe of Judah, the Root of David, has overcome so as to open the book and its seven seals.” Revelation 5:4-5

John was so caught up in the vision that he found himself weeping that the ‘book’ or scroll could not be opened. What exactly was the book? Many believe it represents the title deed to the earth or the will giving the earth as the inheritance to the Son. In either case, only one was worthy to open it, Christ Jesus, the lamb of God. John’s emotions are understandable. He was overwhelmed at the thought that no one could continue the unfolding of God’s story and redeem the earth either by taking title or receiving it as an inheritance. The sacrificial death upon the cross of God’s own Son must fully realize its effect. How could there not be someone, anyone worthy to see this final chapter written? Thank God, it was always Jesus who would do it.

How passionate am I about God’s unfolding plan of salvation? Do I weep for the lost and yearn for God’s full redemption to be completed?

God, what grand thoughts?! I am so glad that Jesus is worthy to open the book. May Your kingdom come and Your will be done on earth as it is in heaven.