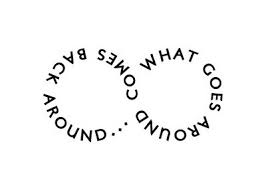 The soldiers took Him away into the palace (that is, the Praetorium), and they called together the whole Roman cohort. They *dressed Him up in purple, and after twisting a crown of thorns, they put it on Him; and they began to acclaim Him, “Hail, King of the Jews!” They kept beating His head with a reed, and spitting on Him, and kneeling and bowing before Him. After they had mocked Him, they took the purple robe off Him and put His own garments on Him. And they *led Him out to crucify Him. Mark 15:16-19

In a sad and sadistic manner the Romans mocked the king of the universe. One day they will kneel before Jesus and recognize Him as King of Kings and Lord of Lords. But, for those moments they had the upper hand and responded the way much of the world does to God’s Son.

How do I worship God in spirit and truth? Have I installed Jesus as my King, Lord and Savior… can anyone tell?

God, how horrifying Jesus was treated. It breaks my heart to read it. It must have broken Your’s. But, because of Your great love, you allowed mankind to bruise, mock and kill the King of the Jews. Today, I kneel before Your throne with Jesus at Your right hand.