What Did He Write? 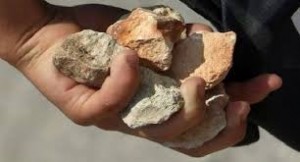 The scribes and the Pharisees *brought a woman caught in adultery, and having set her in the center of the court, they *said to Him, “Teacher, this woman has been caught in adultery, in the very act.
Now in the Law Moses commanded us to stone such women; what then do You say?”
They were saying this, testing Him, so that they might have grounds for accusing Him.
But Jesus stooped down and with His finger wrote on the ground.
But when they persisted in asking Him, He straightened up, and said to them, “He who is without sin among you, let him be the first to throw a stone at her.” Again He stooped down and wrote on the ground.
When they heard it, they began to go out one by one, beginning with the older ones, and He was left alone, and the woman, where she was, in the center of the court. John 8:3-9

I am continually amazed at the wisdom of Jesus. I have pondered what He may have written on the ground that day. The hand of God had written before when Moses received the very law of God on Mt. Sinai. On this day, the hand of God was writing again. I wonder if Jesus wrote the ten commandments on the ground the first time. Then, wrote each accuser’s name the second time and was about to connect the two lists: sinner to sin, when all of a sudden they began to go away.

Am I a judgmental person or a grace-giving person?

God, I praise You and thank you that my sins have been forgiven. Help me be a grace dispenser today.