We All Have Doubts 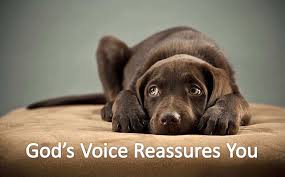 Paul came to the knowledge of Christ after Jesus’ resurrection and ascension. His special revelation of Jesus came on the road to Damascus and in visions. He became an eyewitness to the resurrection in a different way than Peter and the other apostles. Nevertheless, he became on of the most notable apostles. And the Corinthian church was the beneficiary of his ministry and teaching. It appears that Paul struggled with doubts about his qualifications and past sins against the church when he thought of his own qualifications. However, this led him to work harder than all the apostles, deny privileges that were his as a teacher of the gospel, and to experience more. He learned the truth that those God “calls”, God “qualifies”. He may have been a reluctant minister at first, but he certainly was effective!

How about me? How did I come into the service of God and the gospel? What doubts do I share with Paul? Am I committed to work hard for the Lord?

God, as this day begins, there are many, many wonderful tasks ahead and much work to do. I thank you for my calling. Please qualify me by training me and using what You have taught me in the past to benefit others. May I be able to reach out and love someone in Jesus’ name today.