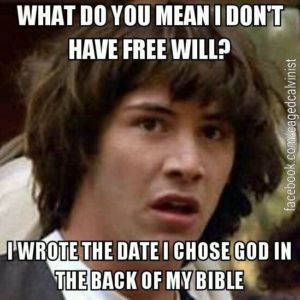 The goal of the Christian life is Christlikeness (I know that word doesn’t pass a spell checker). We are to become like Jesus in word, thought and deed. God predestined it to happen. By predestined, I mean, He mapped it out in advance. So, from His perspective, I was called, justified (judicially exonerated from the penalty of my sin), and glorified (seen in my eternal state as righteous as Jesus and complete in Him). And God treats me this way! Truly, amazing isn’t it?!

Do I live consistent with the way God see me and according to His Master plan?

God, I am overwhelmed with joy, feeling like the early days of my salvation when I first understood the gospel and opened my heart to You, repented of my sin and rebellion and swore an allegiance to follow You all my days. I am realizing afresh what it is to be called according to Your Divine plan and will. Thank you.