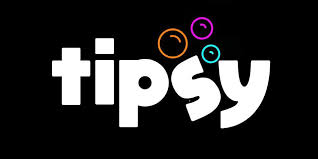 Then Noah began farming and planted a vineyard.  He drank of the wine and became drunk, and uncovered himself inside his tent.  Ham, the father of Canaan, saw the nakedness of his father, and told his two brothers outside.  But Shem and Japheth took a garment and laid it upon both their shoulders and walked backward and covered the nakedness of their father; and their faces were turned away, so that they did not see their father’s nakedness.  When Noah awoke from his wine, he knew what his youngest son had done to him.  So he said, “Cursed be Canaan; a servant of servants he shall be to his brothers.” Genesis 9: 20-26 NASB

Righteous Noah had a misstep that led to a curse. Sin always does. Noah decided to partake of the fruit of the vineyard that he planted. Unfortunately, he got a little tipsy. He became “drunk” and apparently was naked and his son Ham saw. The other brother’s covered up their father’s shame. Love does that… love covers a multitude of sins. Because Ham failed to proactively love his father, Noah pronounced a curse on his descendants. Strange story. Difficult meaning to accept. I hope I remember that the first command with a promise (to come by Moses much later) is ‘honor mother and father and it will go well with you and you will live long in the land’. I hope my kids love that command.

How can I honor my dad on Father’s day this year? How am I proactive in loving and covering the sins of others?

God, as this day begins- I pray for the Montalvo family grieving the loss of their son Benjamin. Carry them through. Use my words and the presentation of the gospel to plant seeds of salvation for each in attendance. Thank you for my dad and the example he has always been to me.