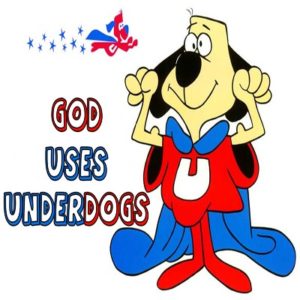 And the congregation of those who believed were of one heart and soul; and not one of them claimed that anything belonging to him was his own, but all things were common property to them.
And with great power the apostles were giving testimony to the resurrection of the Lord Jesus, and abundant grace was upon them all.
For there was not a needy person among them, for all who were owners of land or houses would sell them and bring the proceeds of the sales and lay them at the apostles’ feet, and they would be distributed to each as any had need.
Now Joseph, a Levite of Cyprian birth, who was also called Barnabas by the apostles (which translated means Son of Encouragement), and who owned a tract of land, sold it and brought the money and laid it at the apostles’ feet. Acts 4:32-37

The first great opposition to the Apostles ends with victory because James and John boldly proclaimed the gospel and resurrection of Jesus. The news encourages the believers and an outpouring of generosity, care and affection follows. And almost as a footnote… a man named Barnabas comes on the scene. I don’t know why I missed this for thirty years of reading the Bible. His first act of service to the apostles was to sell an entire tract of land for the sake of meeting the needs of people in the church. Spoiler alert: Barnabas will be God’s go to guy over and over in the life of the developing church. But what a humble, almost Underdog start to his ministry. If you are an unsung hero making your debut, rejoice! God has big plans ahead.

How about me? Do I seek the limelight, fanfare or contentment knowing I am faithful to God?

Lord, You are gracious to invite me into Your service. This is a wild season with Maureen embarking on literally a worldwide, world-changing two weeks. I have final exams for first year of law school- blinkety blink! Kaenan graduates from college! Mom is enduring cancer treatment. Little granddaughter is adding joy to every situation. And in all this, Lord You are with us, directing us, inviting us to humbly be Your “go to” people to extend love and encouragement. What a privilege.