The Odds Of Fulfilling Prophecy 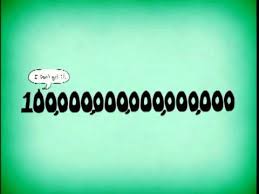 Now He said to them, These are My words which I spoke to you while I was still with you, that all things which are written about Me in the Law of Moses and the Prophets and the Psalms must be fulfilled. Then He opened their minds to understand the Scriptures, and He said to them, Thus it is written, that the Christ would suffer and rise again from the dead the third day, and that repentance for forgiveness of sins would be proclaimed in His name to all the nations, beginning from Jerusalem. You are witnesses of these things. Luke 24:44-48

Jesus is amazing in and of Himself. Today, I want to borrow an article that describes the odds of the prophecies about Him coming true. In December, pastors Chuck Booher and Tim Coop will be reminding us of the predictions about the Savior coming into the world that were made hundreds of years before his birth. What a great way for “every heart to prepare Him room” as we celebrate the Christmas season!

God, my prayer today is that I will walk with confidence and in Your power, knowing that You know it all that this day will contain ahead of time.

There is a book entitled What the Odds Are. It’s an A-Z collection of the odds on “everything you ever hoped or feared could happen”.

For instance, did you know that the odds of your being injured by a lightning strike on any given day are only 1 in 250 million, but over the average lifetime are 1 in 9,100? In contrast, the odds that the average citizen of Washington, D.C. will get “plugged, stabbed, poisoned, or bludgeoned to death” in the course of a year are only 1 in 1,681!

One in 10 Americans read the Bible daily. One in two eat out somewhere every single day of the week–1 in 20 at McDonald’s. In Sweden, 40 of every one hundred persons are senior citizens; in Fiji, only 1 in 50. And here’s one that really amazed me: 1 in every 24 Americans has membership in the National Geographic Society. I guess it figures, though, because I noticed recently that a staggering 9,975,558 average copies of the National Geographic magazine are printed by the Society every month (including those intended for international distribution).

If you still happen to be unconvinced that the baby born in Bethlehem 2000 years ago was anything more than just an ordinary human baby, let me challenge you with a few of “the odds” in that regard.

To begin with, did you know that the Old Testament prophet Micah, writing circa 700 B.C., out of the hundreds and hundreds of cities in the scores and scores of nations in existence all over the world even in those days, designated Bethlehem of Judea as the birthplace of the Messiah (Micah 5:2)?

And that at about the same time, Isaiah (7:14) said that the Christ would be born of a virgin?

Or that a prophecy made in 1012 B.C. specified that the Messiah’s hands and feet would eventually be pierced–a clear reference to death by crucifixion–800 years before the Romans ever even instituted crucifixion as a form of capital punishment!

Malachi 3:1, penned in about 425 B.C., specified that the Messiah would be contemporary with the temple in Jerusalem–a temple that was destroyed in 70 A.D. and has never been rebuilt.

A number of years ago, Peter W. Stoner and Robert C. Newman wrote a book entitled Science Speaks. The book was based on the science of probability and vouched for by the American Scientific Affiliation. It set out the odds of any one man in all of history fulfilling even only eight of the 60 major prophecies (and 270 ramifications) fulfilled by the life of Christ.

Stoner claims that that many silver dollars would be enough to cover the face of the entire state of Texas two feet deep. Now I’ve been to Texas. I’ve driven for days to get across Texas. Texas is a very big state. Who in his right mind would suppose that a blindfolded man, heading out of Dallas by foot in any direction, would be able, on his very first attempt, to pick up one specifically marked silver dollar out of 100, 000, 000, 000, 000, 000?

http://www.youtube.com/watch?v=mG37ysdWLWc Watch this Youtube video for a fun illustration!

One March several years ago I received a paper from United States Senate Chaplain Richard Halverson. In it he wrote:

“The fact is, the birth, crucifixion, and bodily resurrection of Jesus Christ are celebrated worldwide by folk of every race, language, and color, every year. And believing in Jesus, they have been delivered from the most evil, disastrous, frustrating, debilitating habits and life forms possible. The real problem with Jesus Christ is not that folk can’t believe in Him—but that they won’t believe in Him.”

My friend, in all honesty, what are the chances you’ve not been altogether objective about the nature of the baby born in Bethlehem? What if the baby was God? What if He is God? What if you are to submit your life to Him?

References: Les Krantz, What the Odds Are (Harper Perennial, 1992)