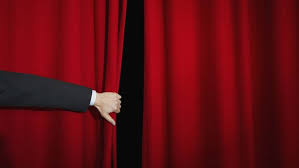 Then Joseph could not control himself before all those who stood by him, and he cried, “Have everyone go out from me.”
So there was no man with him when Joseph made himself known to his brothers. He wept so loudly that the Egyptians heard it, and the household of Pharaoh heard of it. Then Joseph said to his brothers, “I am Joseph! Is my father still alive?” But his brothers could not answer him, for they were dismayed at his presence. Genesis 45:1-3

I love the videos that have a surprise reveal, especially service men and women returning home from deployment to surprise a spouse or child. God wants to reveal himself in a big way to anyone who would seek him with all their heart.
In the unfolding story of Joseph and his brothers, It finally happened. Joseph couldn’t hide his identity any longer. Through tears he revealed to his brothers that it was him and that they didn’t really need to be afraid. In doing so, the dreams of the teenager had finally come true. It would take some time for the brothers to process what was happening and to finally experience forgiveness for their earlier sin of selling their brother into slavery.

When did God become real to me? How is He revealed to others through my life.

God, may I discover new aspects of Your great love and perfect character. I pray others might see You revealed in me. During this Christmas season I hope many will seek You and find You.