Take My Hand If You Want To Live 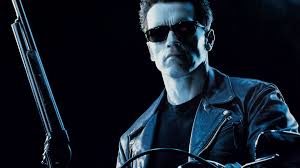 While He was saying these things to them, a synagogue official came and bowed down before Him, and said, “My daughter has just died; but come and lay Your hand on her, and she will live.” Jesus got up and began to follow him, and so did His disciples.
When Jesus came into the official’s house, and saw the flute-players and the crowd in noisy disorder, He said, “Leave; for the girl has not died, but is asleep.” And they began laughing at Him. But when the crowd had been sent out, He entered and took her by the hand, and the girl got up. This news spread throughout all that land. Matthew 9:18-19,23-26

Many of the religious leaders in Jesus city (hometown) were rejecting Him and His message. This synagogue official in desperation and in a unique display of faith in Jesus believed Jesus could bring his daughter back to life. What was it that caused this man to be different? Was it when he first heard Jesus open up the scroll of Isaiah and read the prophecy of His own coming? Was it the other miracles that he was willing to accept? Or did he just find himself without any other place to go? Against the derision of the crowd, Jesus did it, he brought her back to life and back to the father who so desperately wanted to see her again.
Fathers like this don’t want to give up in situations like this. They can’t resolve themselves to something so terrible as their daughter dying, without hanging on, holding on, and seeking all possible and even impossible ways of changing the reality of the loss.

I know, because I was with one of those fathers who held his daughter’s lifeless hands as her lungs were filled by a breathing machine as he begged God for her life to be restored.

How persistently am I wrestling in prayer with God for the spiritual growth and holiness of my children who are alive?

God, every day matters in this life. I know that. This morning I am asking for wisdom to speak, inspire and lead my children, especially as they are now young adults. Please show Your mercy and protect them. Provide well-fit mates for them as well. Please hold their hands while they are alive and walk with them day by day.