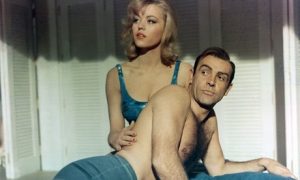 Samson seemed impetuous, immature, and weak when it came to women. God used Samson in spite of his shortcomings for His glory and to ‘begin the deliverance of Israel’. He insists on taking a wife from Israel’s enemies based on looks alone. This girl’s heart was not for Samson. She would betray him and later leave him for another. This would be a pattern for Samson. How much better life could have been for him if he was more discerning and less compromising in this area of life.

What are my weaknesses? In what area of life am I most likely to compromise the calling of God and the holiness He desires?

God, what a stunning reminder that You have plans so important they include the salvation of people You love. I am committing my strengths and weaknesses to You. Would you give me grace and wisdom for the areas I lack and humility where I shine. Looking forward to a wonderful day led by You.