O Me Of Little Faith 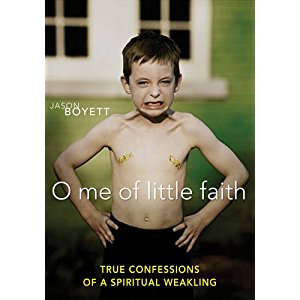 When He got into the boat, His disciples followed Him. And behold, there arose a great storm on the sea, so that the boat was being covered with the waves; but Jesus Himself was asleep.
And they came to Him and woke Him, saying, “Save us, Lord; we are perishing!” He said to them, “Why are you afraid, you men of little faith?”
Then He got up and rebuked the winds and the sea, and it became perfectly calm.
The men were amazed, and said, “What kind of a man is this, that even the winds and the sea obey Him? Matthew 8:23-27

I don’t know anyone who can say to a storm ‘be still’ and it obeys… do you? Certainly Jesus is unique among all who ever lived. Jesus chided the disciples for being afraid. Apparently their fear was a result of their little faith. I wonder if the same is true for me.

What situations in my life lead me to fear? How could God come into those situations and make a difference?

God, I confess that I can slip into seasons of fear, forgetting that You have met my deepest needs in miraculous ways. Thank you for being both able and willing. I want to be a man who can testify to Your great power and that miracles happen.

Continuing with the Resolutions of Jonathan Edwards: 8. Resolved, to act, in all respects, both speaking and doing, as if nobody had been so vile as I, and as if I had committed the same sins, or had the same infirmities or failings as others; and that I will let the knowledge of their failings promote nothing but shame in myself, and prove only an occasion of my confessing my own sins and misery to God.