Make A Difference – No Matter Where 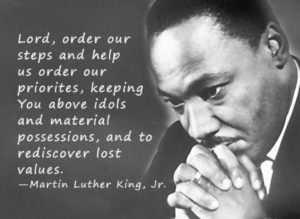 But some days later Felix arrived with Drusilla, his wife who was a Jewess, and sent for Paul and heard him speak about faith in Christ Jesus. But as he was discussing righteousness, self-control and the judgment to come, Felix became frightened and said, “Go away for the present, and when I find time I will summon you.”
At the same time too, he was hoping that money would be given him by Paul; therefore he also used to send for him quite often and converse with him. But after two years had passed, Felix was succeeded by Porcius Festus, and wishing to do the Jews a favor, Felix left Paul imprisoned. Acts 24:24-27

Paul redeemed the time well. Wherever he found himself, he made an eternal difference. He spent two years under house arrest during the time of Felix’s rule. I bet the time flew by! Felix knew something about Jesus and Christianity, but just enough to be interested, not enough to make a commitment to Christ. He was aptly afraid when listening to Paul, because Felix had not conformed his life to the teachings of Christ regarding righteousness (imputed), self-control (assisted by the indwelling Spirit of God), and judgment (for those who do not believe). Now Paul’s fate would be in the hands of Festus. Stay tuned!

Am I redeeming every situation and the time God has allotted me on earth? Do I know the highest and best use of my time in this season?

God, thank you for Paul’s example. Even though imprisoned, he continued to make an eternal difference. As this day unfolds, help me see and do the things that matter the most.