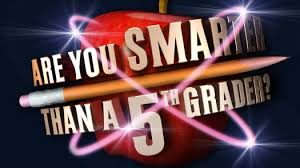 Oh, the depth of the riches both of the wisdom and knowledge of God! How unsearchable are His judgments and unfathomable His ways! For who has known the mind of the Lord, or who became His counselor?
Or who has first given to Him that it might be paid back to him again? For from Him and through Him and to Him are all things. To Him be the glory forever. Amen. Romans 11:33-36

Ignorant and arrogant people challenge Christianity all the time and specifically they complain about how God decided to rescue the very rebellious people He made. God’s plan of salvation is amazing both from a personal perspective and a global/historical one. It was risky. Starting with the icon of faith, the man, Abraham. His faith and that of his descendants who became God’s people are the witnesses of God to the world. Finally, Jesus, God’s Son came and completed the saving work of God. At times the plan continued along through history, seemingly about to be broken, as thin as one scarlet thread of redemption. That’s because an enemy of God’s was thwarting the plan all along. But victory came with the resurrection and ascension of our King!

Who am I to argue with God’s redemptive plan for the world? Or for my own life?

God as we start this day together… Thank you for the joy of officiating Lauren and Theron’s wedding yesterday. May I be of value to the Robinson’s as they grieve the loss but honor their father at his memorial today. Please continue to work within my family and set of friends, meeting our needs and using us to be a powerful blessing to others.