I Choose Mercy And Grace Over Performance And Sacrifice 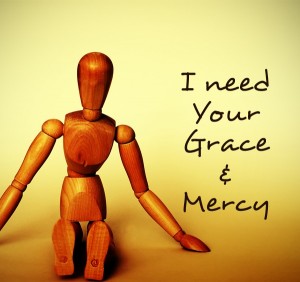 At that time Jesus went through the grain fields on the Sabbath, and His disciples became hungry and began to pick the heads of grain and eat. But when the Pharisees saw this, they said to Him, “Look, Your disciples do what is not lawful to do on a Sabbath.”
But He said to them, “Have you not read what David did when he became hungry, he and his companions, how he entered the house of God, and they ate the consecrated bread, which was not lawful for him to eat nor for those with him, but for the priests alone? Matthew 12:2-4

The conflict between Jesus and the religious leaders was heating up. In error, they condemned the disciples for satisfying their hunger as they walked through a field. Jesus was challenging the very constructs from which the Pharisees maintained their importance and power. He had to do it. They had drifted so far from God’s desire. He scolded them by saying “But if you had known what this means, ‘I desire compassion, and not a sacrifice,’ you would not have condemned the innocent. God wants a love relationship with us based on His mercy and grace, not our performance and sacrifice.

Is Jesus the object of my affection and worship, or have mad-made traditions superseded Him? Am I trying in any way to earn my salvation?

God, on this day of rest for me… I do need to wrap a few things up of work. Would you give me the grace to do them and then to trust You enough to rest?