Get On The GRACE Plan 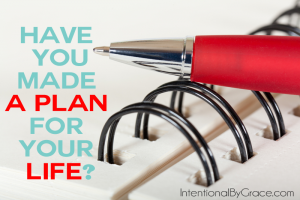 Blessed are those those transgressions are forgiven, whose sins are covered.
Blessed is the one whose sin the Lord will never count against them. Romans 4:4-8

Paul says that God has justified the ungodly who put their faith in Christ. It’s amazing that this is even possible. But, in God’s economy, faith counts, not works. We are blessed in so many ways, but the primary way is with the salvation provided for us at Jesus’ expense. Someone beforehand has defined G R A C E as God’s Riches At Christ’s Expense. That’s what we have received.

Am I still trying to justify myself before God by works?

God, I rest in the saving work of Jesus Christ upon the cross, not my own goodness. Thank you that He has made a way for my sins to be forgiven and a relationship is afforded me that I didn’t deserve. May You be worshiped today and glorified in my heart and life.