Did Paul Make A Mistake? 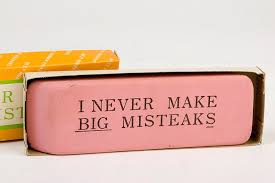 The king stood up and the governor and Bernice, and those who were sitting with them, and when they had gone aside, they began talking to one another, saying, “This man is not doing anything worthy of death or imprisonment.” And Agrippa said to Festus, “This man might have been set free if he had not appealed to Caesar. Acts 26:31-32

The apostle Paul in a moment that could have led to death, revealed he was a Roman citizen and appealed his case to the supreme court of his day… Caesar. It turns out that Agrippa, acting as sort of a circuit court judge, would have released Paul to his freedom. Did Paul make a mistake in his appeal? I don’t think so, God would use it to spread the gospel into Caesar’s very household. Isn’t that just like God?

How has God redeemed my decisions, even those made in moments of fear, for His glory?

God, as this day begins, please help me accomplish Your will. Help me love my family and bless them. Give me the words and ideas to share tomorrow. Your are good and my source of love.