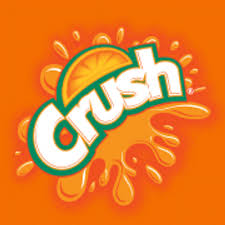 For the report of your obedience has reached to all; therefore I am rejoicing over you, but I want you to be wise in what is good and innocent in what is evil. The God of peace will soon crush Satan under your feet. Romans 16:19-20

The obedience of the Christians within the Roman empire became a powerful force for good. The first century in which Paul writes this epistle was marked by persecution. After relatively longer seasons of peaceful living, the 3rd century accompanied intense persecution for Christians. “In the year 300 AD, Christianity was a minority religion in the Roman Empire, practiced by perhaps ten percent of the population. In good years it was discriminated against; in bad years it was persecuted. By 400 AD, a century later, it had become the official religion practiced by pretty much everyone.”* In this way, good overcame evil and Satan was crushed under their feet. Oh how God would honor obedient Christians today in America. Let’s commit to be excellent (wise) at what is good and innocent of evil!

How would a report about me reflect my obedience? Is there a power about my life because I am wise in what is good?

God, my heavenly father, I come to You in Jesus name committing afresh to obedience. Let’s crush the enemy with good.