Credibility Gap or Too Good To Be True? 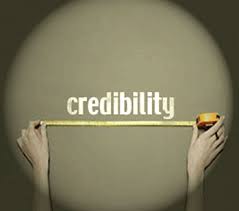 Now after He had risen early on the first day of the week, He first appeared to Mary Magdalene, from whom He had cast out seven demons. She went and reported to those who had been with Him, while they were mourning and weeping. When they heard that He was alive and had been seen by her, they refused to believe it. After that, He appeared in a different form to two of them while they were walking along on their way to the country. They went away and reported it to the others, but they did not believe them either. Mark 16:9-13

Why didn’t the disciples believe Mary Magdalene or even the experience of the two on the road to Emmaus? The Bible says “they refused to believe it”. In there examination of her testimony, they decided she was not believable. Were they attributing her past to her present? Or was the wonderful story of the resurrected Savior just to good to be true in their minds, merely wishful thinking of a woman heartbroken again.

Does my life hinder the telling of the gospel? Or is the transformation of my sinful life actually further evidence of the power of God?

God, I pray You would fill any credibility gap between me, your witness, and the miraculous gospel of truth that can save people.