Civil Disobedience Comes With A Penalty 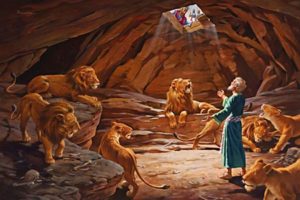 Now when Daniel knew that the document was signed, he entered his house (now in his roof chamber he had windows open toward Jerusalem); and he continued kneeling on his knees three times a day, praying and giving thanks before his God, as he had been doing previously. Daniel 6:10

Civil disobedience comes with a penalty. Daniel decided to openly pray in defiance of the injunction by the other satraps. He knew that he could face severe punishment. This current crop of non-peaceful, destructive protesters in our day, are bothersome, dangerous, and ungodly. They could learn much from Daniel and Dr. Martin Luther King Jr. These men sought God in prayer and were willing to accept the penalty for their peaceful civil disobedience. And God honored the efforts of both men.

When I have grievances, do I represent Jesus well?

God, there are many injustices in our world today. You know them full well. Help me be one who is not idle, but with You in addressing them and bringing remedy. Give me clarity of thought today, patience, and insight. Help me learn the things I must learn.