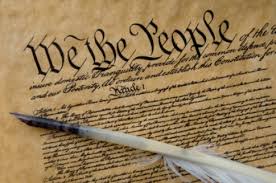 Now when day came, the chief magistrates sent their policemen, saying, “Release those men.” And the jailer reported these words to Paul, saying, “The chief magistrates have sent to release you. Therefore come out now and go in peace.” But Paul said to them, “They have beaten us in public without trial, men who are Romans, and have thrown us into prison; and now are they sending us away secretly? No indeed! But let them come themselves and bring us out.” The policemen reported these words to the chief magistrates. They were afraid when they heard that they were Romans, and they came and appealed to them, and when they had brought them out, they kept begging them to leave the city. Acts 16:25-39

Christians forget to use the God-given freedom we enjoy in America. Paul and Timothy leveraged their Roman citizenship to call the Philippian magistrates to account for their mistreatment. These days, its seems popular to silence and ridicule Christians in the public square. While our maturity gives us the ability to suffer mistreatment without complaint, there is a time to use our God-given freedom. Dr. Martin Luther King demonstrated a godly way to confront injustice with non-violence. He used his citizenship to advance godly ideals… Eg. about judging one another, not by the color of skin, but by the content of our character.

Has God given me discernment and a calling to speak for Him in the public square? Am I willing to suffer with grace the injustice, ridicule, and chastisement of ignorant enemies of the gospel?

God, I certainly have a great deal of growth and maturity ahead. And I am willing to speak for You. Thank you for the citizenship and privileges we enjoy. Your blessings on our country are undeserved. God bless America.