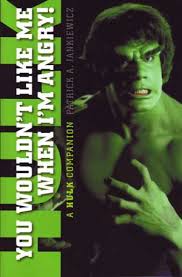 This day the ladies of Persia and Media who have heard of the queen’s conduct will speak in the same way to all the king’s princes, and there will be plenty of contempt and anger.
If it pleases the king, let a royal edict be issued by him and let it be written in the laws of Persia and Media so that it cannot be repealed, that Vashti may no longer come into the presence of King Ahasuerus, and let the king give her royal position to another who is more worthy than she. Esther 1:18-19

The Bible says “the anger of man does not achieve the righteousness of God” – James 1:20. As the story of Esther unfolds, it begins with a husband and wife spat that rocks the Medo-Persian ruler Ahasuerus. In his anger, he takes the advice to replace his wife with a woman who would be more “worthy”. God uses the situation to advance Esther to a place of influence. First, she would have to win the Miss Universe contest.

Does my anger stay in check? Do I overreact when slighted? Are there things I am doing or not doing that anger others?

Lord, the story of Esther is so filled with intrigue. And within it all, you show the wisdom of man to be foolishness. Today, I want to seek the wisdom from above. Help me know what to do in difficult situations. And help me reflect love in all situations.