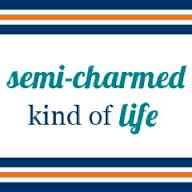 Joseph was sold to Potiphar and it wasn’t long before he naturally rose to a place of responsibility. He found favor in his sight and the Lord’s blessing was evident. He was living a semi-charmed kind of life. He was still sold down the river by his brothers into slavery, but there was blessing upon him and all around him.

How about me? Even in difficult circumstances and seasons, does the favor of God and the blessings become evident in my life?

God this is a sign of faith. You poured out blessings on Joseph (and those around him) as a sign You were keeping Your promised revealed to him in his childhood dreams. Help me recognize and be grateful because You are doing the same with me. I do see it.