Not So Collateral Damage 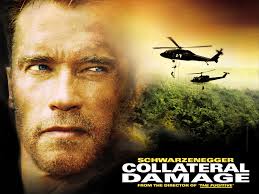 In the shadow of Heshbon the fugitives stand without strength;
For a fire has gone forth from Heshbon and a flame from the midst of Sihon,
And it has devoured the forehead of Moab and the scalps of the riotous revelers.
“Woe to you, Moab! The people of Chemosh have perished;
For your sons have been taken away captive and your daughters into captivity.
Yet I will restore the fortunes of Moab in the latter days,” declares the Lord. Jeremiah 48:45-47

Jeremiah pronounces judgement upon Egypt and also Moab. This neighboring people to Israel was anything but a faithful friend. A people conceived in the sin of incest between Lot and his oldest daughter, the Moabites were idolatrous worshipers of Chemosh and a constantly harassing God’s people. So vile was the worship, that it included child sacrifice. As Nebuchadnezzar conquered from the North, he would defeat the proud people of Moab as part of God’s plan. Yet, in some amazing act of mercy, God promises a future restoration of the fortunes of Moab.

Do I believe God judges nations today? Does the righteousness of God worry me or comfort me?

God, I fear for our own nation when I see how You exacted punishment upon people of old. The sin of child sacrifice is not really different from abortion. The pride and revelry of Moab reminds me of my own country. I plead for Your mercy knowing that You are merciful. I pray for national repentance and revival. And personally Lord, if there is any idolatry or pride in me, I want to respond to Your great love and leave that behind.