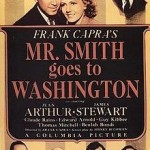 Then it came about afterwards that David inquired of the LORD, saying, “Shall I go up to one of the cities of Judah?” And the LORD said to him, “Go up.” So David said, “Where shall I go up?” And He said, “To Hebron.” So David went up there, and his two wives also, Ahinoam the Jezreelitess and Abigail the widow of Nabal the Carmelite. And David brought up his men who were with him, each with his household; and they lived in the cities of Hebron. Then the men of Judah came and there anointed David king over the house of Judah. 2 Samuel 2:1

Now that Saul was dead, David inquired of God about whether or not he should go to Judah and exactly where? Again, his heart for God is revealed in seeking His direction. I love how David asks permission of God. What a relationship.

How about me? Do I inquire of God each day? Am I seeking Him for ‘if’ and ‘where’ I should go? Mostly.

God, today direct my steps and prompt me where I should be. Don’t let me plan my whole life out without you.